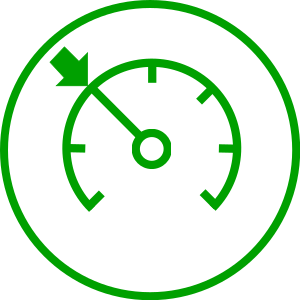 Image via Wikipedia
So, with a busy day of Bible Study, hospital visits (involving over 100 miles driven) and council meeting, we read Romans 13.  And what comes to mind?  That I need to put on Christ, and my car's cruise control, lest my foot slip as oft it does and I gratify the desire of my flesh to go faster.  Funny, but sad, but true.

And now for some beauty from Psalm 131 - How is it that the soul is calmed and quieted?  It is through placing one's hope in the Lord forevermore.  But there are lots of hopes out there.  For instance, I hope Eli and the Giants beat Brady and the Pats in the House that big brother Peyton built.  But that hope is not certain, nor long lasting, nor does it calm and quiet my soul.  The only sure hope that brings peace is from the Lord making the Word of His Salvation known to us.  Alleluia indeed!  (Antiphon 2 for Epiphanytide, TDP page O-63).

Finally, I just love Valerius Herberger's writings included in TDP!  Particularly this gem today - "Since St. Paul and St. Timothy were dear friends, they were put beside each other in the calendar, and also on the day of St. Timothy, the Gospel of John 15:9-16 is read, which speaks of pure love and friendship."

Posted by Rev. James Leistico at 10:07 AM No comments:

January 22 - Joel 2 and a Lenten discipline

This text contains the OT for Ash Wednesday.  One year during the reading, I was struck by verse 17:

Between the vestibule and the altar
let the priests, the ministers of the LORD, weep
and say, “Spare your people, O LORD,
and make not your heritage a reproach,
a byword among the nations.
Why should they say among the peoples,
‘Where is their God?’”


The neglect of the Church by our society has never been good, and it has increased by staggering proportions in my time as a pastor.  At both congregations the Prayer of the Church includes the lost, wandering, and erring - and I have seen those prayers answered in the lives of some, and there is great joy over them.  Yet still there are the other members who were gone before I got here, or have abandoned us since my arrival, and my heart weeps.  Perhaps that is why this verse connected to my heart so deeply.  That year I made it a discipline to pray each day this verse as my OT counterparts in the priesthood did - for certainly Christians in our day are becoming a reproach, even among fellow Christians, a byword, an afterthought.  And for many reasons we deserve it.

Yet the Lord has had mercy.  He has spared us many disasters.  He who relented of overthrowing Ninevah in the day of Jonah has relented again and again of overthrowing His people (fascinating connecting between TDP and the 3 year lectionary yesterday, eh?).  He promises that the gates of Hell will not overcome the Church.  And so the Gospel is like a passing rain shower, as our Lutheran fathers said, here to nourish today and then gone.  Yet it does not leave here without arriving elsewhere.  Still, for the sake of the lost of our land, I pray that it is not time for it to leave America yet.

Consider this year taking up the discipline of praying Joel 2:17 daily during Lent.  At the very least, by the end you will have learned by heart a verse of God's Word.

Posted by Rev. James Leistico at 9:25 AM No comments:

If I were writing this article about luck again, I certainly would reference Isaiah 65:11-12
Posted by Rev. James Leistico at 10:55 AM No comments: