Today’s is the shortest Gospel of the year – and yet Martin Luther found so much beautiful Gospel in our little Lord Jesus being circumcised that Luther’s sermon is over three times the length of mine this morning.  But it is so good, I have stolen most of Luther’s points.  [Also credit goes to Rev. William Weedon, whose sermon I adapted for this.]
He starts off with the silliness of circumcision.  What man would ever do that to himself – or to his sons – if God had not commanded it?  Even with a command, human reason sees it as ridiculous.  Other nationalities were bound to say, “Can you believe it?  Those Jews think their God wants their men to mutilate themselves there!”  And even in our day, can you imagine if a friend tells you about how great their pastor's New Year sermon was, about how people have been really mean in 2014 and need to be nicer this year, and they ask you what this sermon was about, can you imagine how "eager" you will be to say, "Uhhhhh, circumcision"?  Even Luther makes note of how strange it is.  “Man is made no better by it, for everything depends upon the soul.”
However, that is the way it goes with all of God’s commandments and works – they appear foolish and useless, so that our proud reason can be put to shame and die.  If God chose something that made sense to us, our know-it-all natures would be left unconfronted and have no reason to surrender.  Then there would be no room for faith. 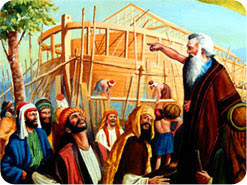 Like in the days of Noah, when he preached in word and deed that there was a flood of God’s judgment on the way, so find salvation on the Ark.  How long did Noah’s neighbors think he was a fool as they never saw any flood – until it was too late?  Or what about Lot leaving all his property behind in Sodom and Gomorrah?  Or Moses and Aaron sounding like fools by threatening Pharaoh with destruction?  The list goes on and on.  Yet we see who was right in the long run – the ones who trusted God’s wisdom and promises over human reason.

And we also have this going on now in our lives – with a baptism where God calls us to believe that we are really cleansed of our sins and saved with that little bit of water; “also, that Christ’s body is in the bread of the altar; also that we worship the crucified man as Lord and God.  All this is immeasurably far above – and contrary to – reason.”
But why mark that member of the body?  Dr. Luther asks, “Why did [God] not command to circumcise a finger, hand, foot, ear, or eye, or some other member?  If evil was to be cut off, then certainly the hand or the tongue… for by the tongue and hands all wickedness is perpetrated among men.”  The answer is that what is wrong with us has to do with our whole nature, our whole being.  We come from corrupted seed, inheriting our sin when we were conceived.  It is not that we do sins and then that makes us sinners.  Rather, we are sinners first, and then out of our sinner hearts comes all sorts of wickedness.  The tree is not good, and so neither are our fruits good.  Circumcision shows that the problem comes to us right at the root.  Done to the infant boys to  make the point that it was done for the sake of original sin and for the future actual sins – and that the original sin is the bigger problem.
What needs to be changed in your life and mine?  New Year’s resolutions focus on behavior – and 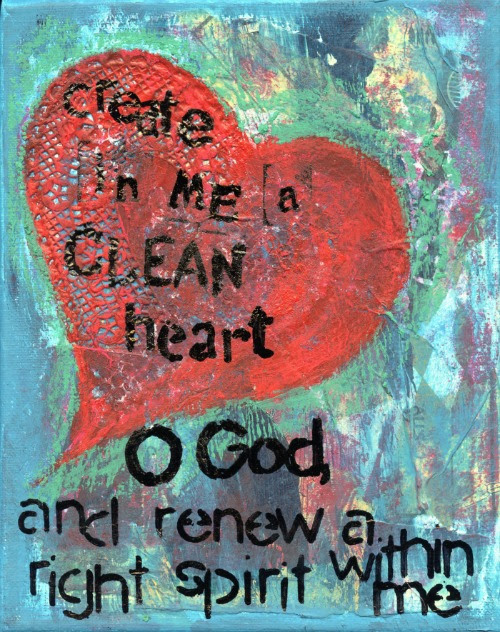 that is a good place to start.  However it is your very nature and mine that really needs the change, our hearts, the core of our very being.  A new nature will automatically lead to a new behavior.  And so we pray, “Create in me a clean heart, O God” – asking God to give us that which circumcision signifies.

Jesus did not have this corrupted nature at all, however.  Like us in every way, except without sin.  Fully human and holy, so He did not need circumcision.  And yet He chooses to receive it.  Which sounds funny since Jesus was 8 days old – how could He choose anything?  And yet from eternity God chose to be born of this Jewish family, destining Himself to be circumcised even before He gave the sign to Abraham.  Christ “was born under the law, to redeem those who were under the law, so that we might receive adoption as sons” (Galatians 4:4-5).  His blood that is shed for the first time today points ahead to the greater bloodshed – when death would take Him.
However, death was completely wrong to take Him because it had no claim on the Sinless One.  And because Death owes Jesus big time for the wrong it did to Him, Jesus is now the Lord over it.  This point Luther makes was one that really struck me – that this is how death loses its power over all people who are in Christ as Jesus gives us His victory.  All believers in Jesus will rise at the last day and proclaim that Death was wrong to take them also!  Because in Christ, we have become completely innocent.  So Death has no right to take us captive!

Luther relates this to why circumcision happened on the 8th day of life.  “Seven days signify the time of this world until the Last Day, because this present time is measured by the week or seven days described in Genesis 1.  The eighth day is the last day after the present time, when weeks, months, and years will cease and there will be only an eternal Day… when not only the soul, but also the body, shall be redeemed from sin, death, and all impurity, and shall shine as the sun.”
Lastly we note that the name of Jesus is given on this day of His life – for He will save His people from their sins, as the angel announced before His birth.  As Christ received this name as His own, so also on that day when you were baptismally put into Christ, you received all that belongs to Him, including His Name.  “Therefore we are all called ‘Christian’ from Him.”  A name by which we God has known us from all eternity.  Before the world began, God wrote this name for us into the Lamb’s book of life.
Dearly beloved children of God, let this New Year be for us a true feast of the Circumcision of our Lord, a true living in our Baptism.  Let us in Christ put down our old sinful selves, corrupted by its deceitful desires.  Let it drown and die in the waters of Baptism.  In its place, receive from our Lord our new self, our new and clean hearts whose desires line up with those of God.  Let this new year be for us a time of living by faith in the promises of the Christ who shed His blood for us – no matter how much human reason thinks it is foolish.   For there is no way to measure the dignity and honor given to us by the Father, through His Son, in the Holy Spirit.  “These [dignities and honors] are superabundant riches of His goodness, which He pours out upon us, so that our heart may be free, joyous, peaceable and unterrified; and [eagerly] and cheerfully” live according to His good and holy will.  Amen.

Posted by Rev. James Leistico at 4:28 PM No comments: